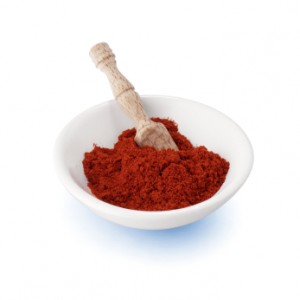 I love food magazines.  I get way too many of them but I love the photos and they inspire me to try new things.  Just like reading the many blogs that I do.  I hope you get inspired to cook something new after your visit here.   This week I received the new Saveur.  They bring dishes from all over the world to my fingertips.  This issue has an article, The Art of Soup.  I love soup.  I could eat it every day in a cup, or a bowl or one of my favorites, a soup mug.  I find it an easy way to use up bits and pieces of food I have around and also a great way to eat more vegetables.  You can also get in some great bone broth which is full of key nutrients.

My husband however has told me over and over, he does not like soup.  I should have included that in the I won’t marry you unless line.  All I said was I wouldn’t marry him unless he liked football, more specifically the NFL.    Oh well, I got lucky on everything else and he usually eats whatever I cook so I thought I would slip in some soup.

The first soup that caught my eye was this Paprika-Spiced Cauliflower Soup.  I quickly scanned the recipe which called for butter and flour for the dumplings.  I could change that up rather easily.  The hard part would be getting the cauliflower in a soup past the hubby.  The next would be to make some type of meat that could be added as a topping so I could keep it vegetarian for my oldest son but serve it in an appealing way for hubby.  I didn’t want to cook more than the soup for dinner so it had to make an impact and be filling. 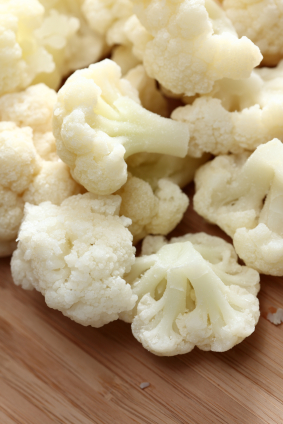 Success!  I crisped up a package of pancetta because everyone in my family, with exception to said son, loves pig.  So now to work on the soup and the dumplings.  I’ve started using Bob’s Red Mill All Purpose Gluten-Free Flour mix.  I rarely make anything that needs any type of flour but I thought dumplings would work with this mix.  I also always have Earth Balance dairy and soy free spread here.  It makes a good substitute for butter.

When dinner time came around and a quick glance to the stove top from hubby, I received that look.  You know the one.  You know their thinking … Oh no, what is she feeding me tonight that is probably good for me but I know I won’t like…  Well I served it anyway and to everyone’s surprise it got rave reviews and eaten so fast I barely could snap a photo. So here is the recipe from Saveur with my changes which are marked with an *.  The original recipe comes from chef Andrea Németh  at the restaurant Bagolyvár in Budapest.

First thing is to make the dumpling dough so you can put in the refrigerator to chill.  It will be much easier to work with when making dumplings and adding it into the soup.  Mix together  the flour and 2 TB of butter you are using.  Mix into the flour until pea size crumbles form.  Now add in the egg and stir until the dough forms.  I needed to add a little more flour into the mix so it would hold together which is why I say plus.  It will be a very soft dough.  Put this into the refrigerator until a few minutes before serving the soup.

For the soup heat the remaining butter in a large stockpot or sauce pan over medium high.  The pot should be 6 qts or more.  Add in the paprika and onion and cook until soft.  This will take around 5 minutes.  Stir so the paprika does not burn.

Add in the stock, cauliflower, carrots and salt and pepper. Bring it to a boil then reduce the heat to medium and let it simmer for 15 minutes or until the vegetables are soft.  I really like parsley and the taste but if you are not as fond of it as I am you may want to add it into the soup instead of using it as a garnish.  If so do it now.

If you are going to use the pancetta for a topping cook it in a medium skillet on medium high until crisp.  Spoon it out into a small serving bowl for the table so people can serve themselves however much they want even if you think it’s too much.

The dumplings only take around 3 minutes to cook.  Take the dough out of the refrigerator and using 1/2 tsp measuring spoon portion out and drop the dumplings into the soup.  Stir occasionally so they don’t all stick together.

Once the dumplings are in the soup it can be difficult for those who are not as fond of cauliflower as you are to determine what is dumpling and what is cauliflower.  Ahh, success.  You can garnish with the parsley now or just dig in.

I think the next soup in this series I’ll makeover is the German Barley Soup and I did see an Onion and Bacon Tart somewhere in this edition.  So many ideas, so little time.  Enjoy!