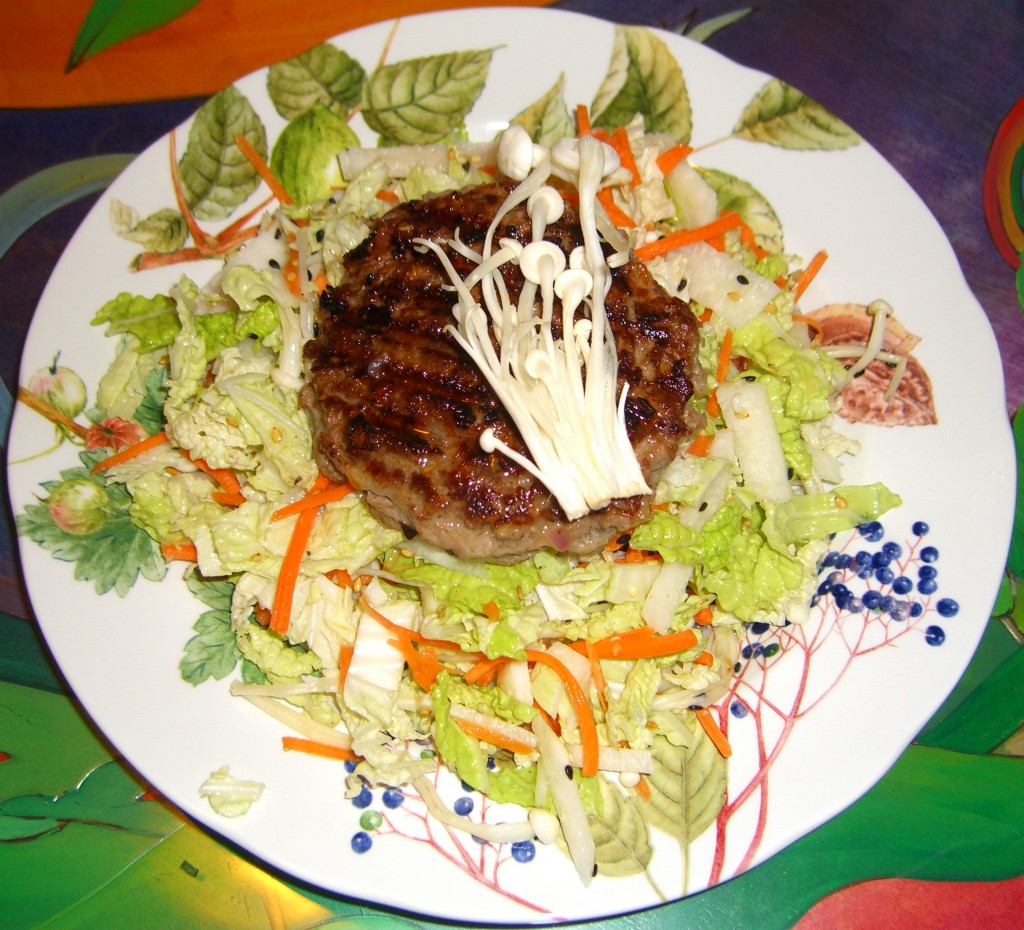 This summer I’m working really hard to clear out our freezer, use everything in there and buy as few groceries as possible.  This helps save money which is what you will find at Nourishing Grourmet’s Pennwise Platter Thursday.

I’ve had this box of duck breasts that have been on my menu, but I’ve just not actually cooked it.  Once I figured out I would make a burger with the duck, cooking it became a reality.  Now since I don’t eat or cook duck very often I’m not use to combining flavors so this was a shot in the dark.  The verdict, we loved them.  I served the duck burger on top of a fresh slaw tossed with a vinaigrette.  A wonderful gluten free and dairy free dinner. 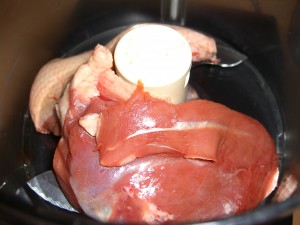 I don’t have a grinder but I do have a food processor.  I put the two duck breasts, skin on, into the food processor and turned it on.  I let it process enough to get most of the meat and skin ground up.  There were a few large pieces of skin that did not grind that I pulled out.  Just make sure you don’t let the processor run too long or you’ll end up with a paste like meat.  I mixed the burgers in a separate bowl and formed 3 patties. 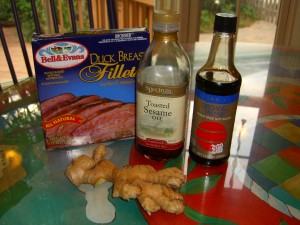 2 duck breasts ground in food processor with skin on

4-6 tsp vinegar, used champagne but ume plum vinegar would be good too

I also served a gluten free, soy free vegetarian burger with the slaw for my oldest son. 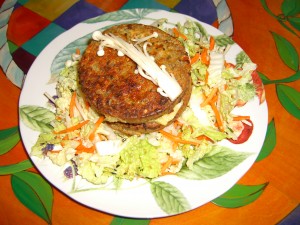