30 Days to a Food Revolution- Tasty Eats at Home 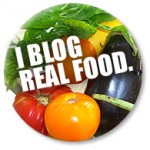 Alta Mantsch started Tasty Eats At Home simply as a way to share recipes with family and friends. But after dealing with worsening health issues, and understanding the ill effects gluten caused on her other family members (her father, sister, and brother were all gluten-intolerant), in June 2009 she decided to remove gluten from her diet in an effort to find wellness once again. Soon after, she was on the road to healing, and now focuses her efforts at Tasty Eats At Home on sharing nourishing, delicious gluten-free food that will bring your heart joy  and that the family will actually EAT! 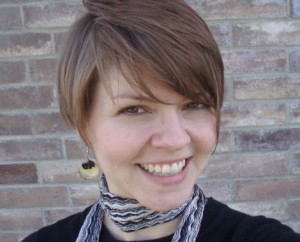 Summer is my favorite time of year, but it’s certainly not because of the heat. (Texas isn’t known for lovely summers – around here, 100 degree days in July and August are quite common.) I love summers because of the bounty to be found at the farmers’ markets. Right now is the optimum time to take advantage of the great variety of super-fresh, flavorful, delicious produce. Many times, I visit with no plans for recipes in mind – I merely let the market tell me what to buy. This way, I am always sure to be eating the freshest of the fresh – whatever is in season, at its peak, is what I grab. It doesn’t matter that I many times have no idea what to make with it. That’s part of the fun and adventure. It’s also the best way for our family to ensure a great variety of nutritious fruits and vegetables. When produce is this fresh, you don’t have to do much to make it taste delicious.

This week I visited to find a basket full of red and green chiles. They were about the size of jalapenos or fresno peppers, but with more wrinkles.  The farmer informed me that they were called “Carmen” peppers, and that they were spicy and Italian in origin. (I can’t confirm this, but they were delicious and mild enough I could eat them raw – of course, I have a bit of tolerance for heat!) I bought a basket, and also a huge bunch of kale. From another farmer, I bought fresh sweet Texas yellow onions and some tiny orange tomatoes. (I also bought plums, blackberries, cucumbers, carrots, spinach, sunburst squash, and some large red tomatoes…I always manage to come home with BAGS of produce!) Once at home, I started to brainstorm ways to turn my wares into a meal. Of course, the less I had to turn the oven on to cook with these things, the better.

That’s how this salad was born! It’s a fresh, mostly raw (if you eat entirely raw, you can substitute honey for the agave nectar) salad, and it’s cool and refreshingly delicious. Even better, it doesn’t wilt within minutes, like so many lettuce-based salads. It’s just sweet enough, with a big burst of tang from the lemon juice. I’m now a fan of kale salads – this certainly won’t be the last to grace our kitchen!

Spicy Kale Salad with Tomatoes and Chiles, inspired by An Opera Singer in the Kitchen

1 medium heat red chile, sliced thinly (I used these thin-walled chiles the farmer called “Carmen”) – you can use a Serrano chile or a fresno

Place the sliced onion and sliced chile in a small bowl. Add rice vinegar, salt, and enough cold water just to cover. Swish around to blend, and set aside for 10-15 minutes.

Meanwhile, whisk together the agave nectar, lemon juice, white pepper, garlic powder, salt, and olive oil. Toss the kale in the dressing and massage it into the leaves well. Allow to sit for 5 minutes. Drain onions and chiles from the rice vinegar mixture and add to salad. Add sesame seeds and tomatoes and toss to coat with dressing.