Roasted Balsamic Chicken with Figs and Onions Via Crockpot Recipe 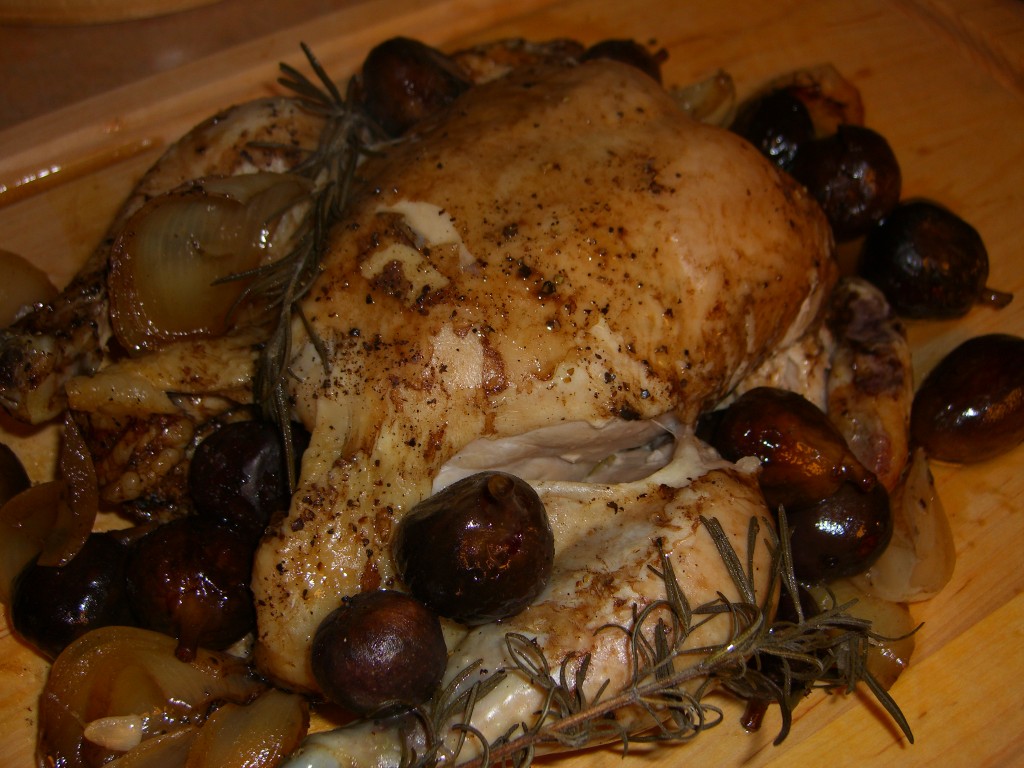 Last week Ali and Tom from The Whole Life Nutrition Kitchen posted a Balsamic Roasted Chicken with Figs and Sweet Onions.  I immediately knew I was going to give this a try.  It looked amazing.  I don’t have a lot of time in the kitchen with soccer season and driving for hours on end.  Also, when I’m trying to do more than one thing at a time to catch up, I tend to leave the kitchen and forget I’m cooking.  Not a good combination.  I know in the fall it better be a quick meal or cooked in the crockpot during the week or we’re not eating.

I love to roast chicken in the crockpot.  Earlier this year I made a Roasted Whole Chicken with Dates and Caperberries.  That one was inspired by Elana Amsterdam from Elana’s Kitchen.

I finally got to cook this meal.  I however cooked mine in the crockpot instead of roasting it in the oven.  I’m not much on measuring but I can tell you I only used 2 onions and for me I would have wanted more.  I like a bite of onion and fig with chicken.  I also used 1 package of fresh mission figs. I didn’t know if anyone would actually eat the figs in addition to them giving the chicken a great sweetness so I didn’t want too many.  Had just enough.

I also added just a little water so I could have a sauce to serve with the meal.  I only had about 5 minutes to prepare this for the crockpot so things were flying fast.  I cut up the onions into quarters, cut some rosemary from the garden, washed the figs and the chicken and then stuffed a few onions and rosemary sprigs into the bird.  Tossed it into the crockpot on top of a couple of sprigs of rosemary.  Then I added the rest of the onions and figs. I doused it with olive oil, balsamic vinegar, salt and pepper and snuck in a bay leaf. Without hitting the chicken I added about 1/2 cup of water.  Then I put the lid on and set it on low for 4-6 hours.

For a recipe with actual measurements, check out Ali’s.

When I got home I put some fingerling potatoes on the stove and haricot verts.  The best part was after pulling this bird and it’s pool buddies out of the crockpot, I had an amazing sauce that I spooned over the plate.  The taste was amazing.  Oh and it was ready in a snap with no burning pans.

Thank you Ali for this great recipe and yes, it works great in the crockpot!

If you’re wondering What Can I Eat That’s Gluten Free, visit The Gluten Free Homemaker.